Most people who need a voice-over recording want the human touch.   Even those looking to automate production and save costs with AI.   They’re all trying to recreate human emotion and empathy.

I was listening to a podcast today about the meaning and purpose of work.  (Tim Lovejoy’s interview with RSA’s Matthew Taylor if you wanted to check it out).  In a throwaway comment Matthew joked about how for the last 8 years we’ve been promised that driverless cars are 5 years away.

It struck me that the debate over AI Voices has been a little like that.  It’s true of much technology.  It happens eventually, but rarely as quickly as promised.   In 1987, I took a 2-year computer programming course, where we were told that by the year 2000, computers would do everything, and we would have a life of leisure.  It didn’t quite turn out that way, but there’s no denying that the direction of travel has been a little of what they promised.  Sort of.  At least if we forget about the “life of leisure” bit.

Automation In The World Of Voice Over.

Those of us in the voice-over world have been terrified for God knows how many years at the promise of AI voices.  Every time a new product comes along, I brace myself and take a listen, thinking “this is it… we’re doomed”.  Then, I always backtrack because the product is always something of a disappointment.  It is missing some element.  The human connection.

I’m not so complacent as to think the day will never come, it will, absolutely, but often those in the tech world don’t quite seem to get the importance of emotion and the part it plays in our work.  A “voice generator” with a cut and paste window, plus angry and sad settings is their goal.

To Emote is Human.

When I entered the actor’s world, even after a 25-year career in radio, emotion was something of a revelation.   To understand how an internal feeling could influence just quite how a word was said.  How a need could be embedded in a sentence.  How a relationship could be defined by the way we speak to each other.

Your voice can be completely different when your heart is open versus when you’re speaking through gritted teeth.   Often this kind of nuance is hard to put into words.  It’s sometimes why casting directions are so vague.  They can’t quite say what it is they’re looking for, but they’ll know it when they hear it. It’s a feeling, and when they hear it, it will be a human connection.

If you produce content, you will always want to keep one eye on the future of technology in your business.  That’s being pragmatic.  You’ll also want to be sure that your product’s quality isn’t compromised by rushing into experimental ways of working.  One day, the robots might take over, but in the meantime, you need to settle for a one-off performance.  A Human Voice Generator.

British Voice Over Artist and Actor.

Tony Collins Fogarty is a British Voice-Over Artist, with a background in broadcast and training as an actor.  His radio career began in 1988.  He has been a full-time voice over artist since 2012.  Commercially, he is best known as the brand voice of Tripadvisor, playing their spokesperson (owl) in their TV campaigns in the US, Canada and the UK. 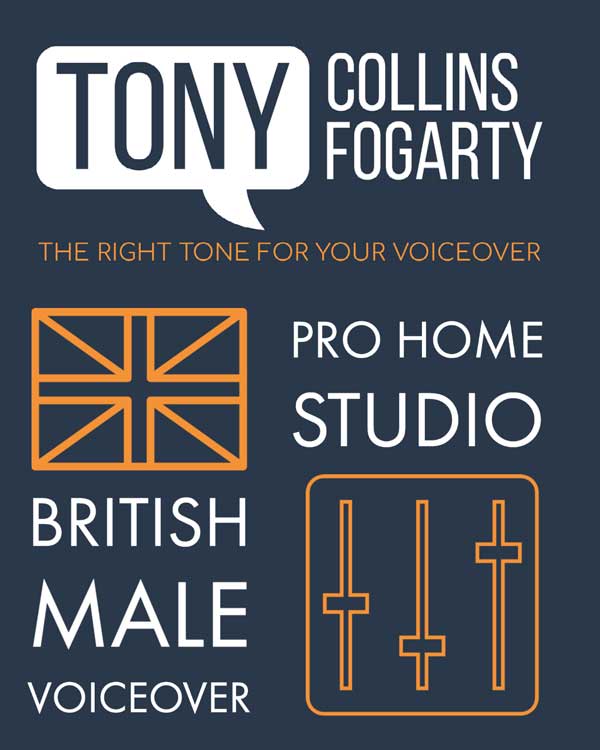 Session Link PRO
We use cookies on our website to give you the most relevant experience by remembering your preferences and repeat visits. By clicking “Accept”, you consent to the use of ALL the cookies.
Cookie settingsACCEPT
Manage consent

This website uses cookies to improve your experience while you navigate through the website. Out of these cookies, the cookies that are categorized as necessary are stored on your browser as they are essential for the working of basic functionalities of the website. We also use third-party cookies that help us analyze and understand how you use this website. These cookies will be stored in your browser only with your consent. You also have the option to opt-out of these cookies. But opting out of some of these cookies may have an effect on your browsing experience.
Necessary Always Enabled
Necessary cookies are absolutely essential for the website to function properly. This category only includes cookies that ensures basic functionalities and security features of the website. These cookies do not store any personal information.
Non-necessary
Any cookies that may not be particularly necessary for the website to function and is used specifically to collect user personal data via analytics, ads, other embedded contents are termed as non-necessary cookies. It is mandatory to procure user consent prior to running these cookies on your website.
SAVE & ACCEPT